Ryan Heavner Racing entered Daytona International Speedway in the last week of December. The team unloaded with a new teammate for the WKA Kart Week event.

‘Ironman’ Jerry Mullins made his debut in the #67. He opened with a bang as he drove it to back-to-back victories in the Super Heavy Pro division.

Ryan Heavner finished 2nd in the December 28th. Making their debut with a 1-2 finish for the North Carolina based operation.

The team entered three divisions for the kart racing event. In the opening class, Heavner qualified 4th of 30 machines. In the end, the #7 picked up the feature win following the 15 lap main event. It’s the first win of the 2021 season.

“It was a much needed for the RHR team as we have been coming up short this season,” the team commented.

The team rolled off 3rd in the Super Heavy Warm-Up division. As the green dropped, Heavner took over 2nd. The leader slid up, opened the inside and Heavner filled the hole to take over the race lead. However, the #7 only returned the favor in the laps off turn four. Heavner ran side by side to the finish line, coming up just shy with a 2nd place run.

Heavner started 2nd in the Super Heavy Pro division. When the green dropped, the North carolina driver held 2nd as the top 2 broke away from the field. The team was in contention to leave the track with double victories.

With three to go, the leader bobbled into turn one. Heavner filled the inside and ran side by side for the win. The #7 machine checked up to keep the driver to his outside. The kart behind drove into the back of Heavner, climbing onto the left rear. The #7 lost momentum as the field went by. Heavner held on to finish 7th.

This week, the team is heading to Triple T Raceway for the next WKA Race in St. Pauls, SC. 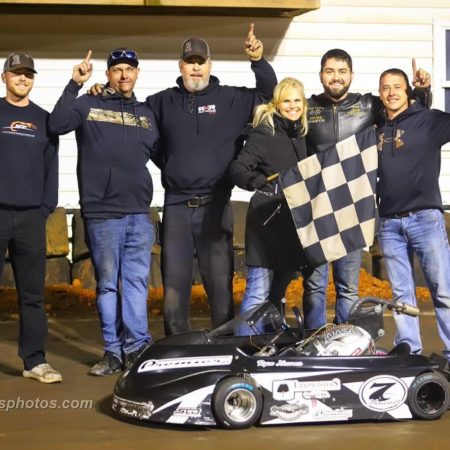 Ryan Heavner entered 8 races at Paradise Speedway in Sellers, SC over the weekend. Racers from all … END_OF_DOCUMENT_TOKEN_TO_BE_REPLACED 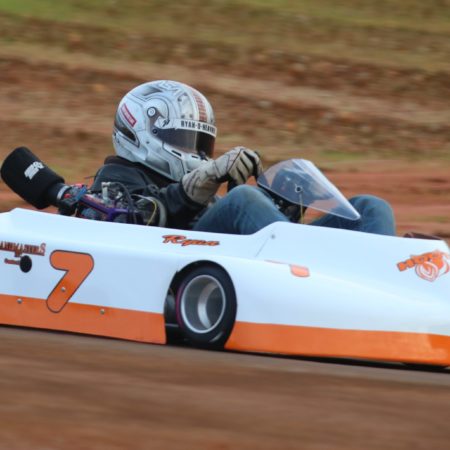 Ryan Heavner unloaded for the Big O event two weeks ago. In the throwback weekend, he fielded a … END_OF_DOCUMENT_TOKEN_TO_BE_REPLACED

Ryan Heavner Racing is set to unload at a string of prestigious dirt kart racing events.  Ahead … END_OF_DOCUMENT_TOKEN_TO_BE_REPLACED