(SEPTEMBER 5TH, 2013) Ryan Heavner Racing has been scratching and clawing their way into the cockpit of an ARCA Racing Series machine. This Saturday, the hard work pays off as the North Carolina team will return after a two-year hiatus from the series with Wes Gonder as the crew chief. The Viking Steel Services #7 will unload in the small Newton, Iowa town for a big short track show hosted at Iowa Speedway.

Before the team unloads in Iowa, Ryan Heavner Racing is excited to debut their new ARCA Racing Series team website to the motorsports community. Please log on at http://www.RyanHeavner.com to browse the new website.

Most recently, Ryan Heavner visited Myrtle Beach Speedway where he was cruising to his first CARS Pro Cup victory ahead of a black flag. Series officials ruled he had jumped the gun on the restart.

In 2010, Heavner became the youngest driver to ever make a Pro Cup Series start at age fourteen. Following, Heavner went on to start 28 races on the tour. Half of those Pro Cup runs were completed with a top ten result as drivers crossed the start finish line for the final time.

Ryan Heavner has made one ARCA Racing Series start in the past.  In 2011, he made his series debut at Toledo Speedway.  Since 2011, the team has been following the Pro Cup tour and looks forward to their ARCA Racing Series return.

Ryan Heavner comes from an entire family of racers. Ryans’ mother raced karts for several years and his father also raced in late models until Ryan mentioned he had an interest in racing himself. Ryan has been around racing since he was born, it is in his blood stream and he is a natural at what he does.

The ARCA race from the .875 mile Iowa Speedway will broadcast live on FOX Sports 2 at 9 PM ET.

Ryan Heavner Racing would like to thank all of their sponsors for their help in giving the team a spot on the ARCA Racing starting grid. These include; Viking Steel Services, Cutting Edge Stoneworks, Printing Pro, The Bleeding Cross, Tim Meadows and family, Peoples Bank, Lawing Marble, Triple H Diesel, Jeff’s Auto Sales, Times Oil Corporation, Central Carolina Sprinkler Company, Alexis Cabinet Works, LJ Designs and Zippers Restaurant and Lounge. A special thanks also needs to be given to Jeff Buice and Ronnie Brown.

Stay tuned to the teams social media pages and website throughout the racing season to receive up to the minute updates. The new team website, managed by Ryan Heavner Racing will be updated regularly with event changes and race results. Be sure to visit the photo albums as well for any race fans entertainment purposes.

About Ryan Heavner
Ryan Heavner currently competes in the ARCA Racing Series. Ryan Heavner formed the PUSH foundation in 2012 with plans to spread his message. Ryan’s racing career and accomplishments began when he was 5 and through “Praying Until Something Happens he has established priorities for what has been a successful and valuable new ministry.

About Walters Web Design
Founded in 2004, Walters Web Design specializes in motorsports website development and graphic design. We use advertising and social marketing to help facilitate visitors and potential customers to all our client websites. “We take pride in all of our customer websites and we want each design to be better than our last. We feel this is what has put us above all the rest in our industry.” Walters Web Design is pleased to partner with ‘Ryan Heavner Racing’ for the sixth year and we look forward to working with them far into the future. 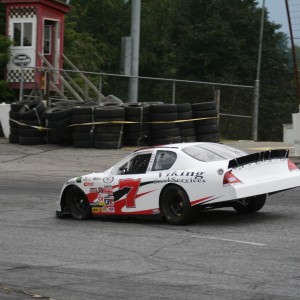 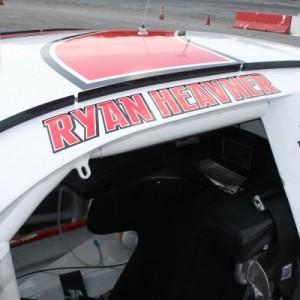 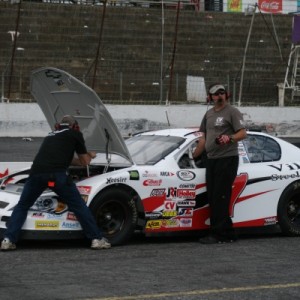